"What do I think about the U.S. involvement in the war? I think we should win it."

I decided I am going to do all my Flames of War: Vietnam titles in Vietnam movie quotes, guess the movie to win +1 internet points!

Next up is two squads of PAVN Infantry these come from the Infantry Company (VPABX07).
It was incredibly fun to paint these actually I did them probably over the course of two nights, I am much more used to very complex heavily detailed models so something so simple was rather delightful, just basecoat and a wash, didn't even go for highlights, I am much more fussy with the 15mm Germans, one of the nice things about something your less personally invested in I suppose! 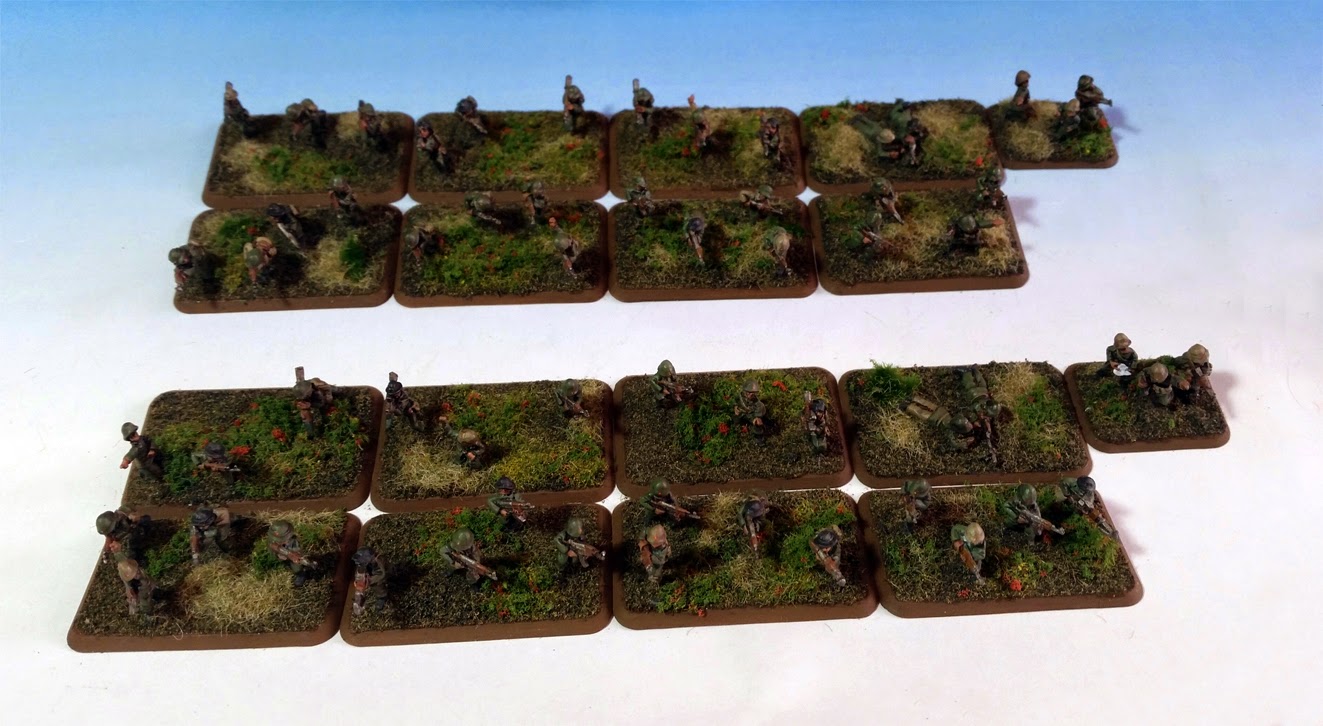 You may have noticed the RPG teams are based in 3's not 4's like FOW recommends, this is simply for the sake of identification, when you are looking down on the table I was assuming that the sculpts would be hard to differentiate in the mixed platoons, 3 man per RPG really helps pick them out instantly.

They also blend in rather a bit too well with the basing, which is a bit of a no-no in miniature painting circles, and wasn't really my intention, that said it feels kind of appropriate for the North Vietnamese.